AIGA DC’s event on Friday at nclud had Jon Newman speak about his year long project, Daydreams & Nightschemes, for the closing event of the week. Jon spoke about how design is very clean and digitally focused that he felt he had lost something that he didn’t have since the years of college. He spoke about how he wasn’t in-touch with his fine art side of being an artist. He wanted to get his hands dirty and get back into the creative mind set that was more than just staring at a computer screen for hours everyday. He didn’t want to have to use Photoshop as a tool and he wanted his work to stand on its own and not be edited. He wanted everything to look organically done. With his wife they both endeavored on working together to create these projects. He would art direct and design while she assisted him in photographing and such with the projects.

He thought about doing a project every week that involved handcrafted typography. A lot of his projects involved creative inspiration on thinking behind places he had visited around the world. One project he focused on the streets of Venice where he saw a sign with a nice serif typeface that he thought was very unique. That image inspired him to create his own typeface that had curved end points to play up the aspect of the italian style. He wanted it to be thin, dainty and tall to reflect the city culture.

When hurricane Sandy hit, he had trouble working on projects due to the 3 day power outage he experienced. Though it was hard to continue projects during the outage, he was able to take his camera and take photos of the tragedy and get some great creative inspiration. There was a photograph he took of the high rising water where the reflection of the trees influenced his thoughts on thinking about how we focus so much on looks, especially in fashion, with someones appearance. He took that concept and instead of focusing on models, he focused on jeans for the project to reflect the product to give the design a new focus. There were other photographs that he took that he used in creating an advertising campaign that reflected on the tragedy of loss, pain and suffering people experienced during the aftermath of the storm in New York City.

One of his final projects was pseudo titled “Jump” where he would take stop motion photos of himself in places across the world in the same clothes to show the experience of traveling the world. It was a big endeavor to shoot in all the locations he went to in order to create this video.

Overall, I thought his idea behind it was genius to which he was able to break away from the traditional mode of design and separate his personal design work away from his daily job work. It made me think that design doesn’t always have to be so traditional and that there are other way to achieve design other than just using design programs to achieve tasks. It helped me think of how I can better myself as a designer by thinking outside the box in making art.

Comments are closed, but trackbacks and pingbacks are open. 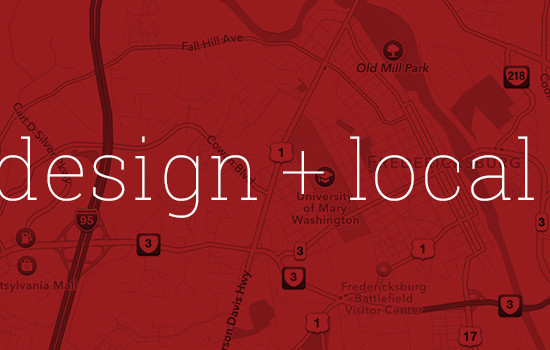 Why Building a Design Community is Important